When I last posted ~ I really thought my illness was fading away. 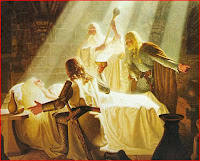 That, unfortunately, turned out to be quite wrong. There are some serious concerns about what it is ~ and as a result ~ I have a doctors appointment in the morning. She wants to run a couple of tests and see if she can pin down what exactly is wrong.

To say I have mixed feelings about what is going on would be an understatement. On the one had I want to know what's going on ~ on the other hand I'm not sure I do.

When I performed in the delightful adaptation of Robert Fulghum's series of writings titled "All I Really Need to Know I Learned in Kindergarten" we did a section called "Hide and Seek." 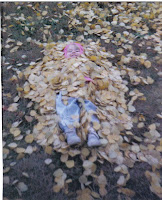 He had written brilliantly about the wonderful game - ending, of course, with "Olley Olley Oxen - All In Free! He follows that with a description of "Sardines."

"Better than hide-and-seek, I like the game called Sardines. In Sardines the person who is IT goes and hides, and everybody goes looking for him. When you find him, you get in with him and hide there with him. Pretty soon everybody is hiding together, all stacked in a small space like puppies in a pile. And pretty soon somebody giggles and somebody laughs and everybody gets found." (emphasis mine)
--Robert Fulghum:
All I Really Need to Know, I Learned In Kindergarten.

As he usually does, he brought the story home with the story about a man who had developed cancer, and told no one. It was discovered by everyone he knew ~ including family ~ upon his death. His idea was to protect them from worry, etc. The end result was far from what he would have wanted. His family and friends felt cheated, hurt and confused that he couldn't or wouldn't trust them enough to be supportive and caring during that time.

And that leads to personal community...and the need for it.

I'm going to close this with a story about Jimmy Durante. He was asked to be part of a show for World War II veterans. In his response to the organizers, he explained that he could participate, but he would be able to do only a short monologue, and would then have to leave for another event. The organizers were happy to have im at all, and agreed.

When he was on stage, however, something happened. He finished his monologue and stayed. Ten minutes became twenty which became thirty. The applause and laughter grew louder and louder. Finally, he thanked his audience and took his final bow. Backstage, someone mentioned that they thought he had to leave early. Durante said, "I did have to go, but take a look, here's the reason I stayed in the front row."

There were two men one who had lost his right arm, and the other his left. They were sitting in such a way they were able to clap and cheer ... clapping loudly and proudly.
Posted by wd at 9:37 PM

Please know you are in my thoughts and prayers as you go through this Bill.

Hopefully it will turn out to be something easily treatable and you will be well in no time.

I am here for you if you need me.