It's VERY hot here today - just the kind of day to stay inside and get all those nagging things done that I have been putting off doing . . . and after discovering -->this delightful site<--, will put off even further ... The site is devoted to those dark and deadly seeming card games. Somewhat like playing Dungeons and Dragons, but it moves much more quickly and even somewhat darker. Alas, no gnome tossing or princess rescuing ...

And once you press start game (I would suggest reading how to play first!!!) you will see this -- 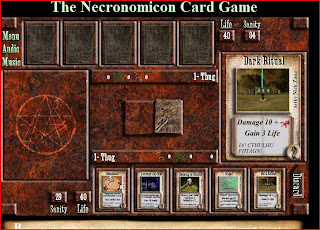 Nice creepy music and sounds accompany the game play, and no I've lost each time I've played, but there's always the next time

And The Bleet Goes On ~ Early Afternoon Thoughts

This was posted on one of my absolutely favorite morning blogs --> Daily Kos<- -, which if you have not bookmarked, you should. It is updated during the day, and for American politics, culture with amazing commentary could not be any better (sorry, Huffington Post!)

At first I thought I might make a few "comments" about the mess in Albany, NY ~ but they're doing just fine holding THAT circus without any further comments from me!! 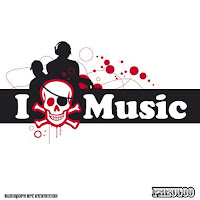 I had written about RIAA and MPAA --> once before <-- but now they seem to have outdone themselves in self-pity. It seems they feel they have lost the PR war over pirating and downloading/sharing music ... You can read the entire post from the original source --> here <-- an ezine called Zeropaid. This was the section that was posted at Kos and really caught my attention ... These might be the reasons they lost the PR battles and probably the "war" ~ (Republicans, are you listening???)

-destroying Napster and Audio Galaxy and not creating an alternative for the get-go,
raiding people’s homes because they uploaded Star Wars (not necessarily leaking it in the first place),
-hacking the URN hash and polluting FastTrack,
-hacking The Pirate Bay, 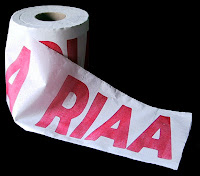 -having Viacom serve DMCA notices to people posting video’s of people eating in a restaurant on YouTube,
-suing tens of thousands of average American’s including fining one individual $222,000 for sharing a couple songs,
-saying that files in a shared directory is copyright infringement in court,
-saying that evidence is too hard to get and that the industry shouldn’t be burdened to prove their cases in court,
-suggesting that iPods are little more than little pirate ships,
-saying in court that even making one back-up copy of a DVD is illegal,
-lobbying to put in the DMCA, demanding that laws should be in place to prevent any tinkering with DRM including for research purposes,
-installing rootkits on people’s computers,
-installing spyware on people’s computers via the MediaMax technology,
-being outed for being hypocrites for pirating a documentary movie and claiming that it’ll only be in a safe place,
-tried to bring people a broadcast flag and telling people you can’t record TV shows if the broadcaster doesn’t like it,
-trying to bi-pass the backfiring of WIPO and the FCC to bring in the broadcast flag anyway, -tried to get ISPs to do all the copyright industry’s dirty work,
-pressured and bullied other countries to implement laws the industry saw fit and using shady lobbying tactics to accomplish this,
-tried to sell us music that cannot be copied through the internet and on discs,
-tried to bi-pass the will of the European Union and get countries to pass “three strikes” laws even if artists disagree with it,
-attempted to price fix music albums,
-secretly hold negotiations to pass draconian copyright laws that would see people’s physical property effectively stolen on the mere suspicion of copyright infringement through ACTA, -demanding that laws be passed that mandates the promotion of legal alternatives,
then not providing the kind of deals that would allow legitimate services to flourish with internet groups and businesses like ISPs,
-alienate an entire generation by labeling their own customers as pirates,
-likened downloading music on the internet to terrorism,
-likened internet users who download music online to “biker gangs”,
-spread blatantly false information about file-sharing,

-forcing people to watch anti-piracy ads on movies,
-suing people who had a recently deceased family member,
-argue that the industry is for artists, then going to court and demanding that royalty rates should be lower for artists - thus having to pay them less and keeping more money from album revenues,
-forcing radio broadcasters to pay royalties even if they don’t play music from the copyright industry,
-suing a lawyer for blogging about court cases related to copyright,
-and possibly the whole issue of listing countries that hold 70% of the world’s population and labeling some as rogue nations that need to update their copyright laws via the USTR Special 301 report - thus alienating many countries in the first place.

Again, a short list of probably simple misunderstandings in the world of PR that have been taken out of context by the “enemies of copyright”."