Things are fine, I'm getting healthier each day ~ but due to "corporate" being in town today (the owner of the complexes, one of which I manage) there will be no post tonight.

I'll be back tomorrow - and I have quite a few stories to start spinning!!! 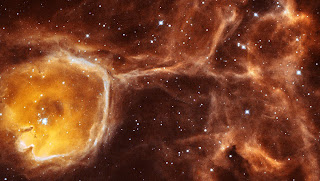 The response and viewings of my post, Nodrin King's posts and Though Lovers Be Lost post about Paul Potts has been interesting and very heartening. The videos haunted me all day today ~ even to the point I was tempted (ONLY tempted) to sneak another look at them while at work today. (I said only TEMPTED!)

So many people in the audience (to say nothing of the judges ~ although I have some sympathy for them ~ have you seen America's Got Talent?) had prejudged him as he walked out on stage, settled themselves in for a possibly dreadful performance ~ then he opened his mouth and that wonderful, powerful and amazing voice rang out.
Of course, one of the major questions I got was: "Did he win?" Yes, he did ~ and with no further editorializing ~ here is the video clip of the announcement. Another question I had was: "Would he have made it on America's Got Talent?" I don't know ... but I would hope so.

And I certainly hope that the people with the rights to "Britain's Got Talent" will continue to allow these clips to be seen by as many people as possible.

And I certainly don't want to pass over any diamonds in myself or others that might be disguised as a lump of coal.

I would love nothing better than to blame everything on Time Warner's (completed today) take over by Comcast.

Unfortunately, the fact that my cold has moved into my chest causing some problems, is certainly not their fault.

The fact that my internet connection is acting strangely just might be.

Whatever is going on ~ there will be no post tonight. Tomorrow, I ~ hopefully ~ will be back in full health with a full internet connection. . . and no Nyquil in my system.
Posted by wd at 9:00 PM No comments:

A Little Lump Of Coal, That Could Become A Diamond ~ Early Evening Thoughts

(A Flat With A View) the other day. Having not been on the computer for anything other than work for several days, I missed his post ~ until today. Now, several Kleenex's later ~ I'm ripping borrowing his post and adding a little bit to it.

In the videos is a man ~ by his own admission ~ with little self-confidence, having been bullied in school, was always "different" making an astounding journey. I'm not going to say much more, I don't want to spoil your own discovery.

However, I will editorialize just a l i t t l e bit. In the first video watch the judges reactions to him as he says what he does for a living and what he is going to do as an audition. I see their reaction over and over again in life. And you know what? It's so shallow and condescending. Who are we to make any kind of judgment about someone until we know them?

told me they just simply couldn't be friends with a particular person anymore because their friends just weren't all that good looking. After I picked my jaw up off the floor, I had a few things to say ... I'll post more on that later. But being someone who always had difficulty regarding themselves as special, attractive or having a lot of self worth, these videos really spoke to me on a deep, deep level.

And remember the Kleenex's ... you WILL need them.

The audition: Where the title of this post comes from ~


The Finals: He sings the same song he sang for the audition ~

A quick update ~ and I apologize for not posting Friday as I said I would. This was an absolutely wild, crazy, frustrating, amazing week.

Monday was just the tip of the iceberg about the job that I had taken. When I finally got through some of the paperwork, I found that the corporate office (deliberately lower case), my boss and myself were operating on completely different figures. I had one set, my boss another and accounting a third. Unfortunately, the office was in the midst of updating how the accounts are done and posted.

We know how much fun changing anything can be, this involved approximately 15 properties of various sizes, shapes and states of being. And this was...fun was maybe one of the words I might have used this week.

I also have (finally) seen the apartment that goes with the job, and am seriously considering moving into it.

Not that it would add any more confusion to what's already going on ~ right??

I put in quite a few hours this week (as in over 56) - and I think I ran myself slightly down in the process. Today I have felt a cold trying to take over (sooo not going to happen!!). So, as my dear friend SGB said to tell everyone: I'm not doing a lengthy post tonight ~ I'm going to bed with a hot number (and that's my temperature!) (What were YOU thinking?) and a dose of "Theraflu." ....

I should be back on track tomorrow ~

Imagine that
the job were
so delicate
that you could
seldom-almost
never-remember
it. Impossible
work, really.

Like placing
pebbles exactly
where they were
already. The steadiness it
takes... and
to what end?
It's so easy
to forget again.