I, along with many others, 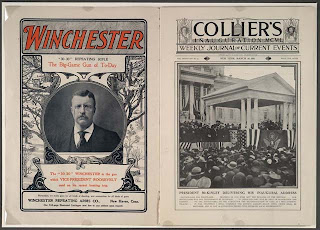 watched (in my case overwatched) the inauguration of a new President on the 20th. (Yes, I was still watching at the 10th Presidential dance! If their feet didn't hurt, mine certainly did!)I was hopeful that a new beginning might signal a new start in areas where so much has been lacking. As a gay and fundamental Christian, I believe I have a Biblical obligation to pray for my leaders, even those I disagree with. As an American, I feel I have an obligation to hope and pray for the best from my leaders, and to "hold their feet to the fire" if they are not doing their best.

The cynicism that I posted about last, had even gotten into that area where I could no longer even look at any of the governments - federal, state and local - with any degree of objectivity or hope. In the amazing book "Language In Thought And Action," the author talks about when we have cast someone in the role of the "enemy" ALL communications/actions by them are immediately suspect and are filtered through the lens of how I view the "enemy" regardless of the truth.

So, I began to climb out of THAT hole and back to the level playing ground of attempting to see what was truth and what was not. And based on the last several years of watching government, not an easy task ~ not an easy task at all.

Over the last couple of days, two instances of people working on the premise that someone is the enemy and all communications are to be dismissed as lies and deceit have really hit me. 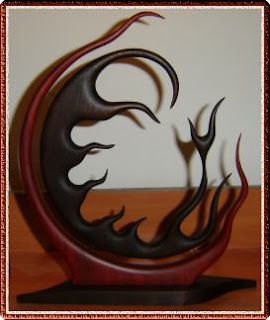 Both are disturbing in many ways, but most disturbing to me as to their own lack of humanity and belief in people. Both would claim that is not true, but sadly both would be wrong.

The first came from a supposed christian (small c) self-appointed leader. Joseph Farah is the founder of a very conservative web-site WorldNet Daily. It has a number of contributors who echo the views of the founder. That's not a problem for me, as I will defend their right to say what they think, just as I will defend my right not to read it. I will also defend my right to comment on it, and give my view of it.

Back in August, I posted about christian hate and christian witchcraft. Christian witchcraft to me is asking the Almighty (however you regard that) to do something "to" another rather than "for" another. It's charging into the Throne Room ~ demands in hand and expecting that regardless of the Person on the Throne's attitude/statements/desire we will get what we want, when we want it and, "oh yes, make that yesterday" because I say so. In this case Joseph Farah does something a little more insidious than that. He cloaks his witchcraft in a seemingly nice Christian outfit, with a few well chosen verses thrown in for good effect. He is asking ~ Well, here's the article. . .

Many American Christians believe, as an article of faith, that we are to pray for the success of our leaders.

It has become a sort of conventional wisdom among soft-minded believers. The biblical proof-text for this misguided way of thinking is Romans 13:1-4:

"Let every soul be subject unto the higher powers. For there is no power but of God: the powers that be are ordained of God.

"Whosoever therefore resisteth the power, resisteth the ordinance of God: and they that resist shall receive to themselves damnation.

"For rulers are not a terror to good works, but to the evil. Wilt thou then not be afraid of the power? do that which is good, and thou shalt have praise of the same:

What could be more clear-cut? At face value, it would seem the Bible is telling us government is a God-ordained good and that we are not to resist its terrors.

Many a coward has been bolstered in his conviction against challenging tyranny by not reading too deeply into the Scriptures. Yet, nowhere does the Bible ever suggest evil rulers are to be obeyed. When the rule of men conflicts with the commands of God, the Bible leaves no doubt about where we should stand.

That's why I do not hesitate today in calling on godly Americans to pray that Barack Hussein Obama fail in his efforts to change our country from one anchored on self-governance and constitutional republicanism to one based on the raw and unlimited power of the central state.

It would be folly to pray for his success in such an evil campaign.

I want Obama to fail because his agenda is 100 percent at odds with God's. Pretending it is not simply makes a mockery of God's straightforward Commandments.

So you will not see me joining in the ritual of affirming Obama and his mission in public or private prayer this week – or any other week.

Instead, I uphold the words of Jesus in Matthew 15:14: "Let them alone: they be blind leaders of the blind. And if the blind lead the blind, both shall fall into the ditch." And I take warning from Isaiah 9:16: "For the leaders of this people cause them to err; and they that are led of them are destroyed."

And please don't tell me about "rendering unto Caesar."

It's important to consider the circumstances and the audience behind Jesus' instructions to "render unto Caesar." The Sadducees were attempting to trap Jesus into advocating open contempt for Caesar. He recognized their wicked and hypocritical little game and answered them with a totally truthful response that astonished everyone.

If government commands you to do evil, as a Christian you must resist. There is no alternative. Citing the "render unto Caesar" line is an apologetic for accountability to God – nothing more, nothing less.

Furthermore, it needs to be pointed out that in America we don't have a Caesar. Never have, never will. You see, our system of government is called a free republic, and it is based on the concept of constitutional self-government. We have no "rulers" in America – except ourselves and our God. We believe in the rule of law, not the rule of men.

This is an important distinction, not a semantic one.

Nowhere in the Bible does it teach us to obey evil rulers. Nowhere.

This is a time for principled biblical resistance, not phony Christian appeasement.

If, indeed, Mr. Farah is the Christian he claims, and not the christian he seems to be representing here ~ there's a very strong disconnect from the reality of Scripture. I'm not going to head into a theological argument here, that will be for another time. 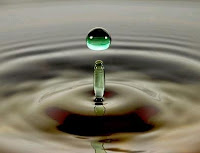 But I will say time and again The Bible makes it perfectly clear that indeed we do have leaders and we have an obligation to pray for them.

He also conveniently ignores the number of instances where Biblical characters not only DID support what Mr. Farah would consider to be evil, but actually in some cases ruled WITH them.

Yes, there is a time for resistance - but this is not one of them.

And a final thought on this man ~ if, indeed, the President WERE to fail would he stand on his cyberspace rooftop and shout that God had answered his prayer? I rather doubt it. . .

Then, today ~ I ran across this gem from someone who should know better, or is so desperate for ratings or sell his material that he would grasp at straws to accomplish his ends. Rush Limbaugh (remember him from the prescription addiction/pharmacy shopping episode). had this to say about being asked for a 400 word article on what he hopes from an Obama administration:

So I’m thinking of replying to the guy, “Okay, I’ll send you a response, but I don’t need 400 words, I need four: I hope he fails.” (interruption) What are you laughing at? See, here’s the point. Everybody thinks it’s outrageous to say. Look, even my staff, “Oh, you can’t do that.” Why not? Why is it any different, what’s new, what is unfair about my saying I hope liberalism fails? Liberalism is our problem. Liberalism is what’s gotten us dangerously close to the precipice here. Why do I want more of it? I don’t care what the Drive-By story is. I would be honored if the Drive-By Media headlined me all day long: “Limbaugh: I Hope Obama Fails.” Somebody’s gotta say it.

this from the man who indicated a number of years ago that dissent was equal to terrorism ~ I suspect echoing the press secretary right after 9/11 who warned that “Americans…need to watch what they say, watch what they do.” They were chilling words back then and became even more so during these last years.

I've discovered I'm not as young as I used to be ~ my body keeps reminding me of that daily and going out and about reminds me of that as well. One of the things it has done is allow me the luxury of looking at things with very different "eyes" and outlook. These people are sad in different and similar ways.

I'm not joining the "cast them into the fiery pit of hell" crowd because dissent is a natural and important part of the American political process. What I, and I hope others, will do is to point out the hypocrisy and errors of their dissent.