Early Morning Thoughts ~ Where did it go?

As I watched the Kennedy Center Awards - one of the presenters really struck a deep chord in me. Sarah Brightman was the lead in honoring Andrew Lloyd Webber and she was giving a list of his characteristics and used the words: childlike enthusiasm.

I have a dear friend who has been diagnosed with a very serious disease. While there are treatments, it non-the-less causes concern, worry and some fear. He and I have established "Where are you?" as the phrase that needs an answer about what's going on with him and how I can help.

I decided that I needed to get quiet and ask myself just that question: Where am I? I wasn't sure that I liked the answers I was coming up with. They did, however, seem to have a common theme which was solidified and clarified with Sarah Brightman's comment: childlike enthusiasm. Somehow, that seemed to have leaked away as water from an unlined pond.

What makes us lose that ability to be enthusiastic about what's happening around?

Once I spoke the language of the flowers,
Once I understood each word the caterpillar said, 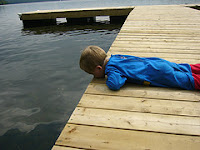 Once I smiled in secret at the gossip of the starlings,
And shared a conversation with the housefly
in my bed.
Once I heard and answered all the questions
of the crickets,
And joined the crying of each falling dying
flake of snow,
Once I spoke the language of the flowers. . . .
How did it go?
How did it go?
Forgotten language - by Shel Silverstein

Now, if this were a movie or a sitcom on TV, I would immediately stand up, give a loud cheer and we'd all go out for ice-cream. Unfortunately, life is not a rehearsal. And the ice-cream stores are closed at this time of the morning. Instead I'm struggling with the hard questions, and one of them is where did it go? As you probably guessed, this is not going to be just one post - but here's where some of the problem seems to be ... I know there are a lot of people who don't like the following - but here and now, this one speaks to ME. I think part of my problem is all tangled up in this.

Listen to Mustn'ts, child, listen to the Don'ts.

Listen to the Shouldn'ts, the Impossibles, the Won'ts.

Listen to the Never Haves, then listen close to me.