And Yet, It Does Matter (2) ~Early Morning Thoughts

Yesterday, I vented my "orientation fatigue" about people who feel it's absolutely essential to label 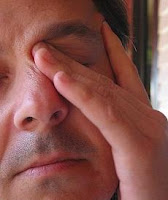 everyone according to orientation ~ straight, gay, bi-sexual, non-sexual, waffle-sexual, buy-sexual and whatever. There were the "ladies" of "The View" trying to determine if Hugh Jackman was gay (suggesting because he had married a less than attractive (!?!) wife he was suspect), there were a number of blogs determining if Enrique Iglesias was gay because he dared perform at the largest gay nightclub in Europe (not for free I can assure you) and sang one of his signature songs to a patron on-stage. My feeling was (and still is) "WHAT DOES IT MATTER?"

After I finished quelling the desire to yell and become a hermit, I realized what was really going on was something that I work hard NOT to do. All these instances were simply a desire for labels. Didn't matter if the label was/is accurate or not, the important thing was/is to get the label. And this is why it does matter ~ regardless of orientation.

ALERT:
THE NEXT SECTION
IS GOING TO BE VERY FRANK ~
YOU HAVE BEEN WARNED!


I was trying to figure out why the labels of today are so important. In thinking about some of the labels over time and I was struck by how many of them were and are used to define the relationship with a supposed "enemy."

A time tested method of establishing such a relationship is by constantly referring to "the enemy" with some sort of derogatory label. Depending on your age and what you read or were taught

(or believe), the labels you know of might be: Nips, Krauts, Slopes, Monkeys, Panheads, Gooks, Commies, or Ragheads. Soldiers aren't the only people who employ this technique. Hate groups label the enemies of the week as Nigger, Kikes, Jew Bastards, Half-Breed, Witch, etc.

And soldiers and bigots aren't the only ones to do this. The use of derogatory labels is a widespread technique for legitimizing the mistreatment of others. From grade school to Columbine to the NFL, our culture refers to those who are "not accepted as non-enemies" as Wimps, Freaks, Homos, Faggots, Pussies, Retards, Breeders, Fag Hags, Fag Stags, Sluts, Celebutard, Bitch, C--t, Redneck, etc. Someone, somewhere has, I'm sure, a more complete list if you care to look it up. I'll leave the list at that - and pardon me while I sanitize my keyboard.

And if you question my use of Columbine, here is the opening paragraphs of an article from The Denver Rocky Mountain News - July 25, 1999:

At Brooke Gibson's high school, nasty nicknames were the norm. "Nigger lover" was what they called her when she listened to rap. "Dyke" when she cut her blond hair short.

At the school her sister Layn attended, nicknames might poke fun at someone's shirt color, but never their skin color or sexual orientation.

It was the same school.

I realized that the label(s) make some people comfortable. Much as the old country fellow said: "Yur either fer us or agin us!" And there it is ~ labels define who is "fer" us or "agin" us. If Hugh Jackman marrying a less than attractive woman (according to "The View") makes him suspect as being gay or Enrique Inglasias performs at a gay night club makes him gay ~ then that helps define the "group" and where they belong. But then, according to S.I. Hayakawa's Language in Thought and Action:

For example, if a Japanese schoolhouse caught fire, it used to be obligatory in the days of emperor-worship to try to rescue the emperor's picture (there was one in every schoolhouse), even at the risk of one's life.... The symbols of piety, of civic virtue, or of patriotism are often prized above actual piety, civic virtue, or patriotism.

In one way or another, we are all like the student who cheats on his exams in order to make Phi Beta Kappa; it is so much more important to have the symbol than the things it stands for.

So, (he said with a lot of trepidation) if the word is not the thing ~ why does it carry so much weight and/or power to hurt or destroy?
---more tomorrow
Posted by wd at 12:30 AM