I interrupt the regularly scheduled posting to bring you something that I have been struggling with for several weeks. It began with the election-timed fall of Ted Haggard in a drugs-and-gay-sex scandal. And hopefully what I'm saying will not be misunderstood as something it is not....I do try to tie it up at the end of the article.

Early in November, the Rev. Paul Barnes of Grace Chapel in Douglas County preached to 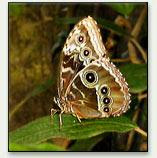 his 2,100-member congregation about integrity and grace in the aftermath of the Ted Haggard drugs-and-gay-sex scandal.

Here is a parts of the sermon Rev. Paul Barnes gave as the Haggard scandal was still unfolding ... his comments are powerful and ring with truth. Interestingly enough, it wasn’t his original sermon - but one he composed shortly before delivering it.

The title of his new sermon: "Integrity, Sin and Grace."
During the sermon Rev. Barnes defined integrity as "being the same on the outside as you are on the inside." 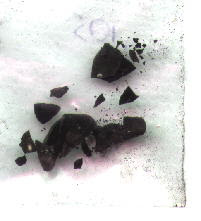 All people come to God broken, he said. Maybe it's alcoholism, he said. Or a bad temper. Or pornography. Some people overcome their problems; others continue to live with them, he said.

Most of us, if the truth were known, we wear masks," Barnes said. "... Sometimes, we wear masks because we want to be appear more perfect than we are. But the reality of it is, all of us are so very imperfect.

Some people view homosexuality second only to pedophilia on a list of "disgusting things a person can do," he said.

But why, he asked, do so many Christians gloss over the sins of adultery or idolatry?

What causes more damage to a society? The 2 to 3 percent of the people in a society that are gay or the 50 percent of people in society who have been married and divorced and remarried? (remember he was speaking to a congregation, not the public at large which explains his narrow few of what damages society.)

He urged grace and mercy for all.
Later in December, in a tearful videotaped message Sunday to his congregation, he confessed to homosexuality and announced he had voluntarily resigned his pulpit. 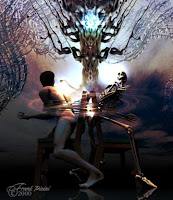 Now, the 54-year-old Barnes has joined Haggard as a fallen evangelical minister who preached that homosexuality was a sin but grappled with a hidden life.

I have struggled with homosexuality since I was a 5-year-old boy," Barnes said in the 32- minute video,... I can't tell you the number of nights I have cried myself to sleep ..."

Unlike Haggard, who had the ear of the White House, Barnes is not a household name. He is a self-described introvert who avoids politics. Barnes and Grace Chapel stayed out of the debate over Amendment 43, a measure approved by Colorado voters defining marriage as between one man and one woman.

"I can't think of a single sermon where he ever had a political agenda," said Dave Palmer, an associate pastor.

So, unlike Haggard - this was not a pastor that entered the political realm or sought personal gain by his sermons, books or speaking engagements. He seems as a man trying as Paul described in Philippians 2:12: Therefore, my dear friends, as you have always done -- not only in my presence, but now much more in my absence—continue to work out your salvation with fear and trembling...

This, to me is what Rev. Barnes was attempting to do. And, this admonition continues to haunt even today....gay or straight we are to work out our OWN reality with fear and trembling.

Now the part of the article that really troubled me:

Palmer said the church got an anonymous call last week from a person "concerned" for the welfare of Barnes and the church. The caller had overheard a conversation in which someone mentioned "blowing the whistle" on evangelical preachers engaged in homosexuality, including Barnes. 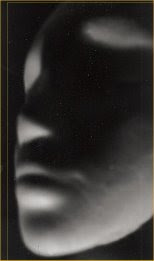 troubling? These people profess to be something they are not - and encourage discriminatory behavior. So, it does seem logical that their secrets need to be brought to light. Where I have a problem, is when we take on ourselves to make what is in the dark public without caring about the result. This may get me into trouble however: To me, private is private ~ however, as far as secret evil is concerned an ancient admonition is crystal clear:

Things that are done in darkness (hidden/masked/hypocritical)
WILL be exposed to the light.
It might not be my timetable or the way I would wish it to be - but I have seen it time and time again.
The biggest noisemakers or their so-called truth end up in ashes.
We can name them and it takes more than the fingers of our hands.

So here is where my quandary begins. Their speech harmed people, caused discrimination and in some cases, deep hurt (which sometimes is physical). So the exposing of the hypocrisy seems to do a good thing. But, is it? I don't have an easy answer. As far as their speaking out against gays, but living the gay lifestyle the answers seems clear-cut. Again I ask in all honesty...Is it?

Where I'm at for now, is looking at the result. What has it changed? Has it brought reasonable dialogue or even more posturing from all sides of the damaging kind. I do 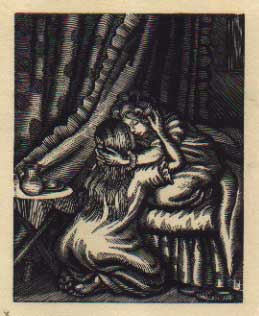 know that I can not cheer and relish the downfall of someone, anyone -- unless I would want the same kind of downfall on myself. I also know that I can have relief that they are no longer doing damage to others in the way they were - but also, that I need to work toward reconciliation of people of all kinds and types to the greater good of all.

The opposite of integrity, etymologically, is privation, deprivation, depravity, perversion, rupture, destruction, corruption. That which takes away from the whole entity or system or organ, from wholeness, wholesomeness, holism, soundness, sanity, ecology, cohesion, idealism, interconnectedness. In other words, breakdown.

So when we say something lacks integrity we mean, literally, it is falling apart. It has lost the critical elements, balance, connectedness that kept it together. It has come unglued.
--Dave Pollard 12/5/2003

Thus endeth the posting for this morning - your regularly scheduled posting will resume tomorrow.