A fellow blogger once wrote that comments and emails are like drugs ... we get some and then we want more!!! Today, when I got home there were two emails about my post yesterday about anger. Both brought up the same point ... a valid point. 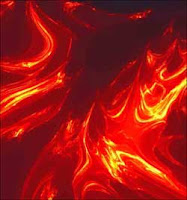 When I talked about becoming angry, not just irritated, but angry I was expressing what was going on within me. That feeling of almost rage about something. Now, there are times when anger is very appropriate, however - it's where the anger is directed and what's done with it that's the important issue.

Holding on to anger is like grasping a hot coal with the intent of throwing it at someone else; you are the one who gets burned.
--Buddha

What made me work at changing was watching the man on the bus.

His anger had reached such strength that nothing, no one was right, doing right or being right. And by that I do mean no one. It almost became laughable. People were getting on the bus too slowly, the lights should change faster and the rain needed to stop. He grumbled at a lady because her umbrella was wet and would get the floor wet...which it already was. The windshield wipers were too noisy. And his list was getting longer as time went on. That's what I mean by his external behavior was beginning to mirror what I was feeling internally.

In the discussions with the company that was supposedly delivering the package, I was faced with choices. I could really "let-them-have-it" or try and figure out what was going on. 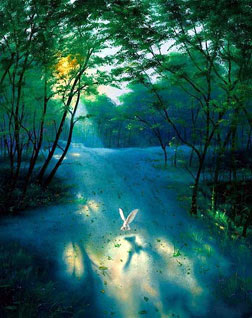 When I got the final phone call last night attempting to get to the bottom of the issue, the person on the other end tried to place the blame where it wasn't ... on me. Again, I could have really vented - but I chose (this time) to simply stay where I felt I wanted to be. I stayed firm, but calm.

Today, the decision paid the benefit. There was another phone call this morning about the delivery. I'm sure the person calling was expecting a major problem...but within five minutes the issues had been completely resolved, the delivery DID arrive at the time it was supposed to AND I got a discount on the purchase price for the delay.

Now, I'm not some kind of Pollyanna that thinks that everything can be solved with calm words, sweet behavior. 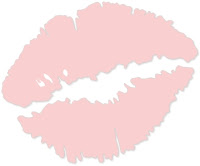 I KNOW better than that. What I don't want to do, is become as that person on the bus - the kind of individual who thinks that everything is wrong, nothing and no one is right. That kind of behavior becomes almost a self-fulfilling prophecy...keep believing that, and soon that's exactly what will happen. Once we cast someone or something/someone as the enemy everything is to be suspect and made to fit the preconceived ideas we have.

Anger is only a natural reaction; one of the mind's ways of reacting to things that it perceives to be wrong. While anger can sometimes lead people to do shocking things,it can also be an instinct to show people that something isn't right.

A number of years ago there was a book titled "Don't Waste Your Sorrows," but I would like to use the term "Don't Waste Your Anger." There are some things we should be angry about - injustice, hatred, bigotry (all kinds), deceit (any kind) and the list could go on. However, if the anger isn't causing some kind of action, then to me it's wasted.

This is extracted from the speech by Daisaku Ikeda. It talks about anger from the Buddhism point of view and I would like to share it with you.

"Buddhism asserts that anger can function both for good and for evil.

Needless to say, anger that serves self-absorbed emotionalism or greed is of an evil nature. Anger driven by hatred brings only conflict and confrontation to human society.

Anger, however, that is directed at great evil, against the desecration of humanity and the abusive disregard for human life, is anger of great good. This kind of anger reforms and rejuvenates society, opening the way to a world of humanism and peace."